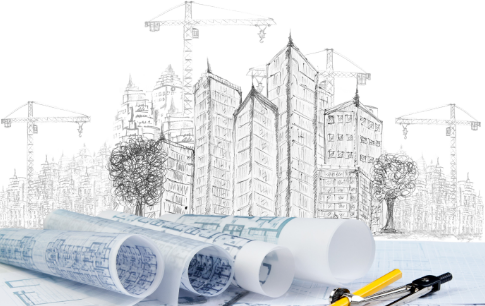 Octant AI have launched an industry-first tool which rates a project’s risk of overrun, following a high-profile series of collapses in the construction industry and recent reports of government infrastructure bill blowouts.

Octant Alert was developed following the high-profile collapses of Probuild and Condev, and amid reports of fears of the imminent collapse of Metricon. With this tool, we are offering the industry a quick and easy way to gauge risk on their projects.

Founder and Managing Director David Porter said this tool was a world first.

“There are not many businesses who are doing what we do anywhere in the world, and as far as we can tell Octant Alert is the first tool of its kind anywhere,” said Mr Porter.

“The recent collapses in the construction sector point to difficult times to come as prices rise, margins are squeezed and significant project cost blowouts threaten these businesses.”

Recent figures from the ABS showed that dwelling approvals fell by 18.5 per cent in March, and that the total value of construction done work fell by 0.9 per cent in the March quarter.

“The construction industry is facing a number of challenges,” said Mr Porter.

“While the Octant AI platform offers a large range of customisable insights to users, we wanted to launch a quick, easy tool for project professionals to find out if their projects are at risk of overrun.

“Octant Alert offers users a ‘traffic light’ warning system, indicating if their project is at a low-, medium- or high-level of cost overrun risk.

“Any project professional can jump online, try the tool out and see for themselves whether their project is at risk.”

The tool is being launched as governments across Australia have also recorded significant cost blowouts in infrastructure budgets.

The WA government recently announced $1 billion of spending to deal with cost blowouts and delays on infrastructure projects. And the Victorian government was forced to defend billions of dollars of blowouts on its signature projects, including $3.9 billion on the West Gate Tunnel.

Reports have recently confirmed large overruns on Queensland infrastructure projects totalling $1 billion, including a $600 million overrun on the Coomera Connector.

“We’re sure this is going to be a controversial tool, but we welcome debate from anyone in the industry – we all know the status quo can’t continue,” said Mr Porter.

“Project owners, deliverers and financiers are suffering from persistent time and cost overruns.

“We know that statistically about 90 per cent of projects run over budget, which poses risks to the construction firms delivering the projects and costs governments billions of dollars.

“This is an industry that needs to change, and we hope that our technology will be a part of that change.”

The tool can be accessed at https://benchmark.octantai.com/