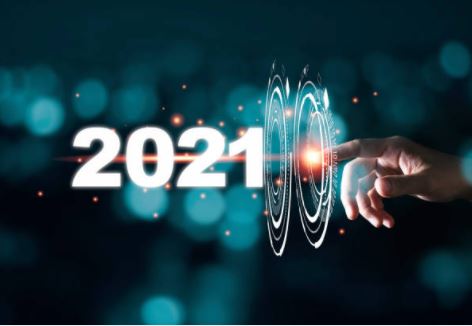 One of history’s most notable innovators and business magnates, Henry Ford is quoted as once having said, “If I had asked people what they wanted, they would have said faster horses.”

In 2021, it remains true that the future can be difficult to visualise, when it looks too different from the present. But if 2020 has taught us anything, it is that technology is something we need not fear nor feel overwhelmed by. In fact, businesses, Governments and industries which choose to embrace and champion the immense potential that artificial intelligence and machine learning offer, will thrive in a post-pandemic world.

It is no secret that high construction costs and unplanned cost overruns are crippling the nation’s ability to improve its cities and infrastructure.

A 2018 study by the Grattan Institute found that Australian Government expenditure on transport infrastructure over the preceding decade had been “unprecedented”, exceeding one per cent of GDP each year since 2009. That same study found that 65 per cent of major road infrastructure projects had cost overruns representing billions of dollars.

A 2017 report by the University of Sydney revealed that $63 billion of road infrastructure projects in Australia delivered no identifiable improvement on economic output and were of questionable economic value.

There is a widely-held notion that the infrastructure industry in Australia is somewhat of a technology wasteland, with projects failing to meet their potential because of a reluctance to keep pace with technological developments. However, the influence of COVID-19 in accelerating both our capacity and appetite for digital progression across all sectors means there is a clear path forward from that outdated mindset.

Part of the Federal Government’s post-COVID-19 economic stimulus and recovery plan relies heavily on the roll-out of a large number of infrastructure projects. An accelerated uptake and integration of AI across the infrastructure sector will be an enormous aid in getting these projects into to the market much faster. This technology ensures far more predictable outcomes at each stage of these sometimes extremely complex enterprises, providing cost and productivity benefits for not only the project managers and businesses involved, but the broader national economy.

In order to best position a business or organisation to adapt to AI and new technologies, it is essential that these entities reframe how they think about their data. This information must be classed as a prized asset which, if well-structured and well-organised, can be used to generate current and future value.  There is enormous power in examining existing data and determining its worth within the business.

This is especially true for construction firms – an industry identified as second only to financial services in terms of the quantity of data it collects. It is widely acknowledged within this sector, that more than 95 per cent of the data created is not used. Leveraged correctly with AI technology, this existing data could result in phenomenal cost and productivity savings, once again with benefits that reach far beyond building and construction and into the broader national economy.

By contrast, the medical and retail professions have been capitalising on their existing data for years – using sophisticated scanning techniques for example – to ensure they are stocking and providing the right and most relevant products and services to their customers.

The Federal Government’s artificial intelligence technology roadmap developed by the CSIRO and published in late 2019, outlined the importance of action for Australia to capture the benefits of AI.  At the time, CSIRO Chief Executive Larry Marshall said AI, when combined with other technologies “could grow Australia’s economy by $315 billion, if there was a national coordination of AI activities to expedite research and drive scale”.  The roadmap estimates the gains from AI to be worth $22.17 trillion to the global economy by 2030.  That is just nine years from now.  Those who assume the Fourth Industrial Revolution is a speck on the distant horizon are wrong – Industry 4 is already here.  It is time to abandon the horses and hit the accelerator.